Today, we are looking at a fascinating breed and attempting to answer the question, What Is a Blue Lacy? These guys originated from Texas. So with that in mind, let’s dig deeper and find out more about them.

The Lacy dog was named after the Lacy brothers (Young Ewin “Ewin,” Francis Marion “Frank,” John Hiram “Harry,” and George Lacy), who developed the breed for use on their ranch, the Lacy Lans Ranch, in the early twentieth century (as of 2022, a portion of the original ranch is still owned by descendants of the Lacy family but is now called the Shifflett Ranch).

Originally from Kentucky, the Lacy family relocated to Texas in 1858 and established a home in Burnet County.

This particular Blue Lacy dog was a cross between a Greyhound and an unknown Scent Hound, as well as either a Coyote or a Gray Wolf. Although historical and geographical data pointed to the July Hound as a likely scent hound genetic element, there is no formal paperwork to support this assertion at this time.

They were raised to do a variety of activities on the ranch, with the herding of free-range hogs being the most important (leading to the affectionate local sobriquet “Lacy hog dogs”).

According to Texas House Concurrent Resolution No. 108, a scenthound may have been included in the breed’s genetic makeup at the time of its creation.

When the Blue Lacy dog was first bred, the Lacy family donated red (also known as pink) granite from their quarry on Granite Mountain (which was then located on the Lacy Lans Ranch and owned by the Lacy brother George, along with his business partners William H. Westfall and Nimrod L. Norton) to be used in the construction of the Texas State Capitol building in Austin.

In order to recognize the original breeders, the Lacy family, and their contribution to the State of Texas, as well as celebrate the Lacy Dog as a Texas original, this legislation was sponsored in the Texas Legislature.

The resolution was passed by the Texas House of Representatives on May 15, 2005, and by the Texas Senate ten days later, on May 25, 2005, both of which were unanimously approved.

The Lacy was considered as a replacement for Reveille VII, a collie, as the mascot dog of Texas A&M by certain fans back in 2008.

However, in accordance with a custom dating back to Reveille III, a collie was chosen for the occasion. Lacy dogs are powerful and swift, with a light build that is proportional to their size when measured in terms of height to weight ratio.

Weight should be determined by height and general conditioning. The measurements are slightly different: 46 to 64 cm (18 to 25 in) in height and 14 to 23 kg (30 to 50 lb) in weight. However, it was not until 2005 that it was formally acknowledged as the state dog of the United States.

Despite the fact that they are commonly referred to as “blue” Lacys, there are three legal color variants of the Lacy. Any shade of grey, ranging from light silver to black charcoal, is considered a “blue.” The color “red” might be anything from pale cream to rust.

In the “Tri,” the blue foundation is accented by unmistakable red patterns, which are used for trim.

White can be seen in spots on the brisket and can extend all the way down to the bottom of the crotch.
It is possible that white will appear on one or more of the paws.

Markings on the face or above the mid-line are considered a disqualifying fault, and excessive white is avoided in the competition.

Their eyes are bright yellow to rich amber in hue, and they are sharp and alert at all times.

The coat should be short, sleek, and taut to avoid sagging. An unusually lengthy or rough coat will disqualify you from the competition.

Lacys shed, but they only require a small amount of grooming.

It should come as no surprise that the vast majority of Lacy dogs are located in Texas. However, as the breed’s popularity grows, breeding populations are being formed in the United States, Canada, and, most recently, Europe as a result of the increased public awareness.

Lacy in the color blue Dogs, in general, are intelligent, energetic, active, and attentive animals that thrive in their environment.

They have been bred to be both hunting and herding dogs, and they demonstrate tremendous drive and perseverance when working with large game and challenging livestock.

Young canines may have too much activity and drive to be appropriate for children, especially quite young children, so be mindful of this.

They are simple to train because of their intelligence, and they pick up new talents quickly.

Can you tell me whether a Blue Lacy is a decent dog?

Children are generally well-behaved around Blue Lacys, and they are not typically aggressive.

Lacys are typically considered to be exceptionally healthy dogs. They have been developed for decades to fulfill the needs of ranchers and hunters, and they are rugged enough to survive the rigors of Texan terrain, severe working conditions, and extremes of heat and cold, even under the most extreme conditions.

Skin disorders and dietary allergies, on the other hand, are possible. Lacys has been diagnosed with color dilution alopecia, which is quite rare.

What Is The Life Expectancy Of A Blue Lacy?

They can, however, develop joint abnormalities like as hip dysplasia or elbow dysplasia, and some are more susceptible to skin disorders, hypothyroidism, and food allergies than others.

Training, Exercise, and Activities For Your Blue Lacy.

The Lacy is a working breed that performs significantly better when assigned a task that allows them to expend surplus energy.

Herding livestock, blood following or tracking, treeing animals, operating trap lines, and hunting wild hogs are some of the jobs they are particularly good at.

Adaptable modern activities such as agility that place an emphasis on intelligence, passion, quickness, and nimbleness may be suitable substitutes for traditional jobs.

Noncompetitive herding tests can be used to assess the herding instincts and trainability of a dog.

Are Blue Lacy’s Good With Children?

Lacys are herding dogs that can be trained to compete in stock dog trials or hog bays. Lacys are also good with children. Again, always use your best due diligence when children and dogs, especially active breeds like the Blue Lacy are concerned.

Lacy dogs have also gained popularity in recent years as a result of their excellent tracking abilities, and they are frequently sought after to assist in the recovery of “lost” game species.

Furthermore, they are employed by trappers in the United States for the purpose of saving and chasing animals.

Exercise and training your Blue Lacy Dog are essential.

The most effective method of developing a solid bond with your Blue Lacy is through consistent, positive incentive training.

These canines also require a significant amount of activity. They perform best when given the opportunity to run on a daily basis. Their webbed paws also enable them to swim extremely well.

1 to 2 hours of good quality long walks, safe running, and play will get the best bond and balance for their health and well-being. 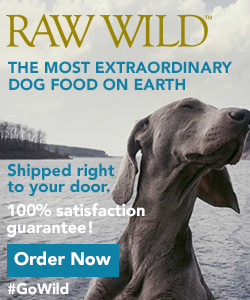 What do you give a Blue Lacy to eat?

How and why raw food is the most beneficial diet for a Blue Lacy.

Dogs’ digestive tracts have not changed considerably since they were undomesticated wolves, and they are best adapted to a diet rich in fresh, high-protein food such as game birds and rabbits.

Check Raw Wild as their food is perfect for any dog and especially hard-working dogs like a Blue.